Have Questions? Maybe the answer is right HERE :

How can I use Drachmas?

Drachmas are a special resource you can collect or purchase. Once you have enough of it, you can use it to gain extra advantages in the game. For example, you can boost your resource production, building construction or your unit training. If you lack resources, or need a specific Articles of Agreement, you can use Drachmas to purchase them in a pinch. They can also be used to get other items, like City Schemas or Decor items.

Additional Drachmas can always be purchase at the Bank by selecting the ‘Bank’ button in the top right-hand corner of the screen. You can get free Drachmas in several ways – completing in-game tasks, leveling up, playing the game 5 days in a row, placing in the top Ranking positions, or by completing Achievements.

When can I attack other Cities?

Technically, you can start attacking other Cities the minute you train your first offensive unit. However, you might want to wait until you develop both your offensive and defensive capabilities. You’ll need more offensive power, as attacking with only one unit is all that effective, but you’ll mainly want to boost your own City’s defense, as retaliation is inevitable.

Users under level 30, or the ones registered for less than 3 days, fall under the low-level player protection. These protected players can attack other protected Cities, while remaining completely safe from attacks by experienced players. High-level players cannot attack protected Cities unless the protected player attacks them first. Any new player that attacks a player who has been in-game for over 3 days will LOSE THEIR PROTECTED STATUS! If two users initiate a conflict with each other while both have been playing the game for less than 3 days, the conflict will continue regardless of the users’ future relative levels or time in-game.

Can I cancel an attack/construction/signing/upgrade?

Of course. You can cancel any of these action within 50 seconds of initiating them. Just press the “X” icon at the top right corner of the construction or tracking panels. However, bear in mind that you will only recover 80% of the Resources you invested into the action, so it’s better to plan ahead and build with certainty.

I killed all enemy Units, but lost the battle. Why?

That’s because you didn’t actually kill all enemy Units. You see, the battle report only shows you the enemy Units you have defeated, not the total number of enemy forces garrisoned in a City. Do get the full picture you should dispatch Spies to scout the City before the attack. A successful spy report will show you the exact number of Units, and you should plan your attack accordingly.

How can I restart the game from the beginning?

You can’t. In Sparta: War of Empires™, much like in real life, there are no do-overs. Since there are no dead ends in the game, there’s no need to start over from scratch. Even if you make mistakes at the beginning, you will learn from them and eventually catch up to your enemies – or even surpass them. Follow the tutorial tasks until you gain your foothold, and take advantage of the 3 days protection to establish your City, defenses and Resource production.

If you else fails, and you feel you absolutely need to start from the beginning, you can switch to a different server and start a new City there. But remember – one person registering multiple accounts for this game violates Plarium’s multi-account policies and may result in restricted game access or a ban. 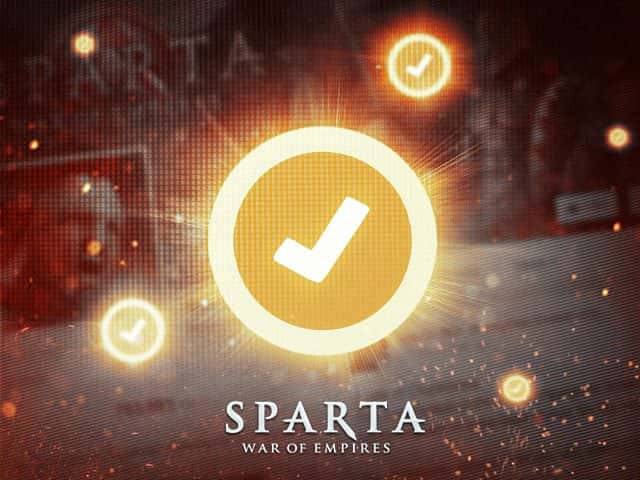