How To Play  Sparta: War of Empires?

Sparta: War of Empires™ is a Massively Multiplayer Online Real-time Strategy game. As such, it contains elements of strategy, diplomacy and resource management, and greatly emphasizes social interaction between players. You play as an Archon – the leader of a City-state in 5th Century BC ancient Greece. It is your duty to expand your City into a might empire, and raise an army that could storm mount Olympus itself. 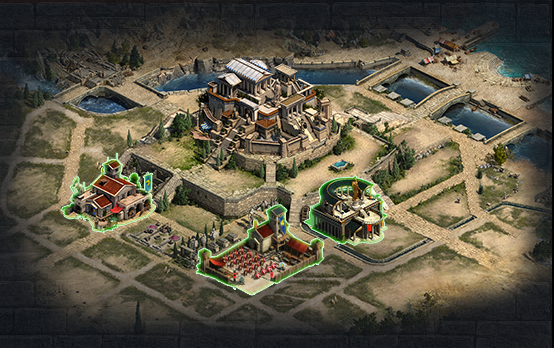 To advance your building and fighting capabilities, you’ll need to sign “Agreements” with other cities. Each new agreement will open up new technologies and warfare tactics for you to use. It could be a new type of unit, a new building for your city, or a bonus to your resource production. Keep signing and upgrading your agreements, and soon enough you’ll be a power player few will dare cross.

However, you can’t always do it alone. As an MMO, Sparta: War of Empires™ encourages players to form small Alliances or join huge Coalitions to attack and defend stronger positions together. When you’re a part of a group, your overall influence on the land of Hellas and its inhabitants can only grows as you and your allies gain more and more power.

Become A Master Of Strategy 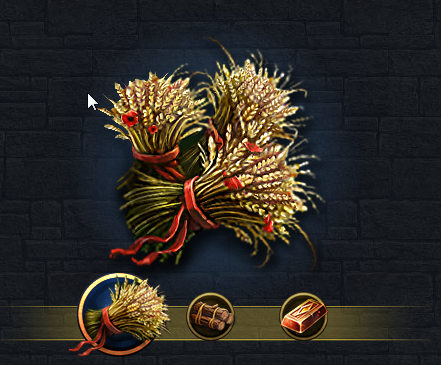 Sparta: War of Empires™ is first and foremost a strategy game. While you can charge blindly into any conflict, you won’t get very far. Other Archons will quickly figure out your so-called strategy and will easily repel your attacks. If you want to rise to greatness, it will be up to you to devise your own unique strategies and decide when to implement them. A good Archon learns from each victory, but also from his mistakes and enemies. Remember – there is glory even in defeat, as you will emerge from it a better warrior.

But combat isn’t the only way to grow and become stronger. You can strengthen your City through trade, fortifications or simply aligning yourself with the right people. Playing defensively and investing in resource production can turn your City into a valuable asset to any powerful Coalition. Make important decisions and balance your development to ensure you stand the best chance to make your all-conquering dream a reality in Sparta: War of Empires™. 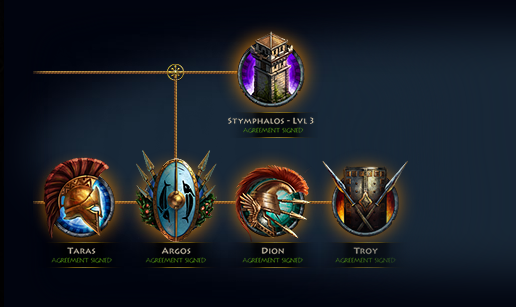 Fight Together, Rise together

There’s no way around it. If you want any real power over the land of Hellas, you must join a Coalition and work together with other Archon. Sparta: War of Empires™ is an MMO after all, and player interaction and cooperation is a huge part of that. Visit other Cities through the map or the War Council or a multitude of diplomacy or warfare options. Be it by simply trading of goods, peace treaties, joint attacks, or just shooting the breeze via the chat system, you’ll have plenty of opportunities to make both friends and enemies.

As part of a Coalition, or even a more discrete Alliance, you’ll have the backing of your fellow players. You will be able to attack bigger targets, or stand together against massive assaults. Only through Coalition attacks can players conquer and hold Pantheons – heavily fortified location spread all across the map. Controlling them is key to gain more influence and power in the world of Sparta: War of Empires™.
Now that you understand the basics of playing Sparta: War of Empires™, join the fight and save Ancient Greece from the armies of Xerxes.